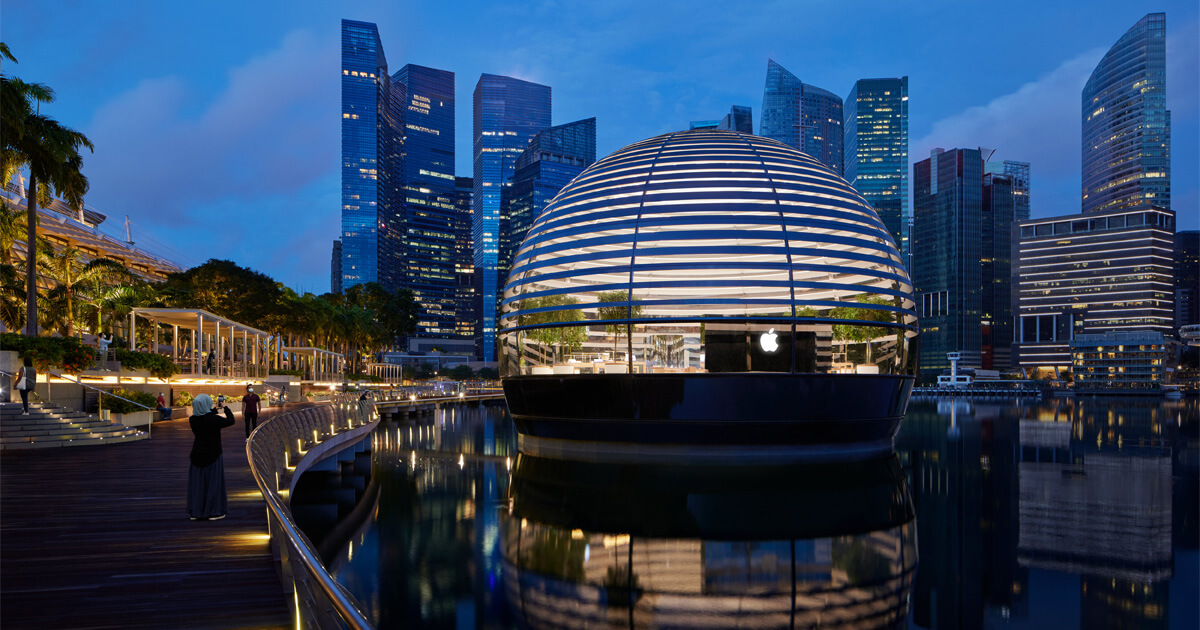 Even with the entire world struggling during this coronavirus pandemic, the tech giant Apple has not stopped innovating. Through the last months, the company has been unveiling the specs of its new products, and recently they announced their new retail location in Singapore. This is not an ordinary Apple store.

This time they unveiled their new project, “Apple Marina Bay Sands”, which will be a new Apple Store located in Singapore.  It is true that innovation and futuristic are terms that both represent Apple. They applied the same concepts in the design of their new store. The new Apple Store is a big orb that floats on the water and in addition, will light up at night. This giant glowing orb will be the third store located in Singapore, but it will be the world’s first floating Apple Store. While analyzing the design of this new store, it looks very possible that future Apple Stores’ launches will also be under a sophisticated design.

An official date for the store opening has not been released yet, we only know that the same Apple has announced on its website that the grand opening will be soon. Hoping it to be soon, we will be bringing all the details when the store opens its doors for the first time. The first store is to be released in Singapore but we hope to see one of these futuristic stores open up in the United States soon.

Back in Time to the First Computers